Kelaine joined the Junior League in May 2016 and has served as Head of Social within the Communications committee, and VP of Communications for the past 2 years. She has an extensive background in Marketing in global roles on both sides of the pond, spanning strategy, digital, comms, content, PR and brand development. She is passionate about women’s rights and loves helping women succeed through volunteering, mentoring and coaching. 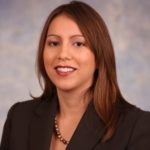 Blanca began her Junior League career in Miami Florida in 2010 where she held placements in Community, Fund development, and Membership committees. After transferring to London in May 2015 for a work opportunity, she has been part of the LEAD Committee, led the New Member Development Committee, and worked on member engagement as Placement Advisor and Placement Director.  Blanca is passionate about empowering women in the workplace through her work leading the International Chapters of the Women’s Network at Wells Fargo. 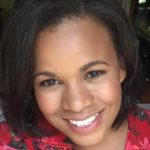 Ashley joined the league in October of 2016. She has served as Co-Chair for BDN the past two years. It is her personal mission to pay it forward for young women finding their way in the work force and people in the community that need help. In addition to the Jr. League, Ashley is also an active member in 2 other all women service organizations. She also serves on the Board of Adore Children & Family Services in Arlington, Virginia. Ashley is a Chef with a Michelin background and a budding restaurateur. Formerly of Stagolee’s, she is currently a consultant while working on her next project. 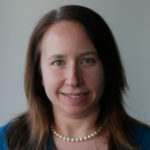 Cara joined the league in 2016. She currently co-chairs the Homelessness Community Action Team and was previously a member of the Employment and Life Skills CAT. 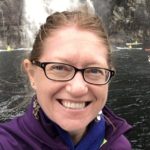 Starr joined Junior League of Las Vegas in 2014. Work assignments allowed her to travel, working with leagues in South Carolina and Georgia before joining JLL in 2018. Her placements include special events, LBDI, Joint Council, grant writing and health/wellness committees. She was JLL Member of The Month in September 2018 for her work on the Communications Team. She volunteers and teaches for local organisations supporting cardiovascular wellness and outdoor adventures. 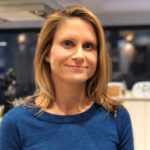 Sara joined the Junior League in 1998 in Orange County, California. She transferred her membership to the New York League where she was Vice Chair and then Chair of the Child Advocacy Committee. On moving abroad in December 2002, she joined the Junior League of London, where she has served the JLL as Nominating Director, President, President-Elect, At Large Board Member, Placement Advisor, Membership Vice President, New Member Development Committee Co-Chair, Community Research Director and Learning Club Chair.

By continuing to use the site, you agree to the use of cookies. more information